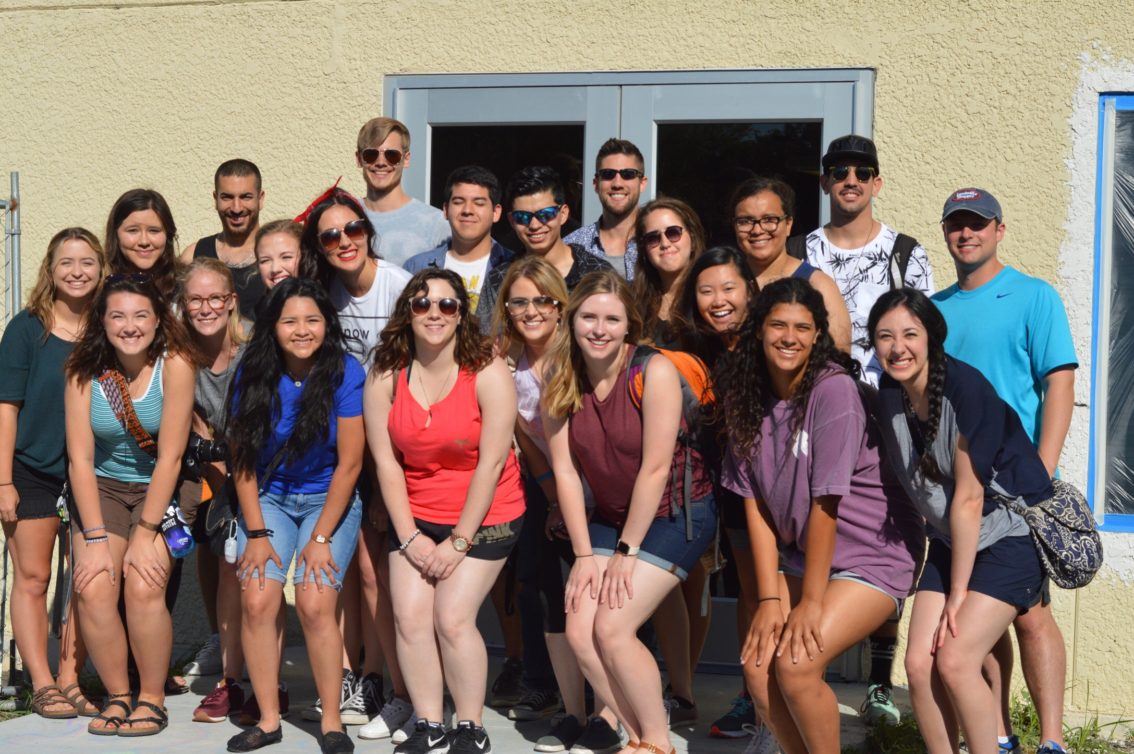 Wendy Lam:
“On the last day of the Dallas Mission trip, I was asking God to highlight one person to me and of course, He did. A lady approached me and asked questions about where the group was from. We got to talking and she shared her background with me and then I shared my testimony with her. After talking with her for a bit, I just felt like I needed to ask her if she needed any prayers- so I did. She said that she would like prayer for her son, Isaac, who was in the process of interviews for his job. She then said she also needed prayer for her finances, since she was a school teacher and because it’s summer she doesn’t have a full time job. As I began to pray for her son and her, then I asked God to move in all of her kid’s lives and her own. Afterwards, I said to myself, ‘God, she only mention that she has one son, not multiple kids.’ As we wiped away our tears and gave each other hugs, she began to open up more about her life. She said that she has four kids, and her daughter is mad at her and stopped speaking to her after her mother died in July. I then prayed for her again and for her daughter and asked God to restore their relationship. It was truly a powerful and magical moment. Throughout the mission trip, I have never experience God’s love so deeply before.”

Vanessa Rodriguez:
“It was my first time going on a mission trip and it was an amazing experience due to the fact that I was able to put in action many things that I had learned by reaching out to people and helping lead them to having a relationship with Jesus and by praying for anything they needed and it was just amazing to see the wonderful things God did in every place we went and it just helped me go deeper into my relationship with God and I over came some of my own fears and insecurities and I developed a new life style!”

Haley Leavitt:
“The Dallas Mission trip changed the way I view the power of God. I had the opportunity to meet so many amazing men, women, and children that struggled in ways that I couldn’t have imagined just being an hour away. They were so hungry for love and I was so moved when I got to share God’s love and words with them. The trip not only changed the lives of those we met but also everyone involved. God met me right where I was on this trip and I received the gift of tongues through the baptism of the Holy Spirit. I walked away from the Dallas Mission trip feeling whole and at peace. God’s love is so overwhelming!! I’m so thankful for Church Eleven32, and everyone I had the pleasure of spreading the gospel with!”

Amanda Rassamni:
“The Dallas Mission Trip was my first mission trip to go on, and to say it was special is an understatement. I literally got to see all of the gifts in 1 Corinthians 12:8-11 in action! Words of wisdom and knowledge, faith, healing, miracles, prophecy, discernment, tongues, and interpretation of tongues, all over Dallas! The Spirit of God moved not only in word, but in power in my life, as well as in so many other’s around me- friends and strangers.

Here are only a few of the beautiful things that God did: On the first day, when we prayed for specific words from the Lord to minister to people on the streets of downtown Dallas, He immediately gave me a picture of a right foot that was broken and in a cast. I was a little nervous because I knew I would have to be obedient to pray for a major healing, but as we went out, Bianca felt led to give a homeless man named Andre a bottle of water and a snack. Once we started talking to him and looked down, we noticed that he had a broken foot (the right one)! God gave me boldness/love to tell Andre about my vision and that we believed God wanted to heal him, and after we prayed for him, he said he was completely healed! He was a Christian and he said he would see us in heaven. Some other friends also found him later and prophesied over his life!

Next, Chris felt led to go talk to a woman who was sitting alone at a table outside. She introduced herself as Sandy and shared that she is a Christian and she had just been praying and thanking the Lord for her many blessings right before we showed up. Sandy accepted prayer over her son. Talking to her more however, we discovered that she had tried to go to the hospital that day because she had woken up with an excruciating pain in her right foot, but was turned away. We hadn’t even seen her foot under the table with a small wrap around it! We shared with her how we had just seen a homeless man’s broken foot healed and that we believed that God wanted to heal her as well. After we prayed for her, all of the pain in her foot went away! She was also born with a withered hand and had been experiencing soreness and tingling in that wrist after a recent surgery, but after we prayed, without even knowing, that pain was also completely healed! She was so blessed and gave us hugs and praised God for her healing!

Finally, on our last day while serving by sharing the Gospel and playing with kids in an apartment complex with Mission Arlington, I met a little girl named Evelyn Rose who was 9 or 10 years old. I told her about Jesus and specifically felt led to share that she didn’t have to be afraid to die because Jesus died so she would never have to be separated from God and His love. She shocked me by beginning to tear up and said that she had just had a dream the other night that she was dying and she was so afraid. She did not accept Jesus right then with me, but I discovered that one of her wrists had been broken twice and she was unable to turn it all the way without pain. I told her that Jesus loved her so much that He wanted to prove it to her by healing her wrist, so we prayed, and immediately afterwards, she looked up at me and said, “How did you do that?!” We tested it by letting her climb on the monkey bars and she did so without pain- something she hadn’t been able to do in a long time! We prayed again after she said it was still a little sore, and she said it felt better and better! I gave her a salvation card before we left and discovered that her twin sister had accepted Jesus that day and that they were going to go to Mission Arlington’s weekly bible study at their apartment together. God is so good and He knows what He is doing. Such beautiful seeds were planted in all of their hearts, and I am forever changed by partnering with God to release His will into these people’s lives who He loves!”