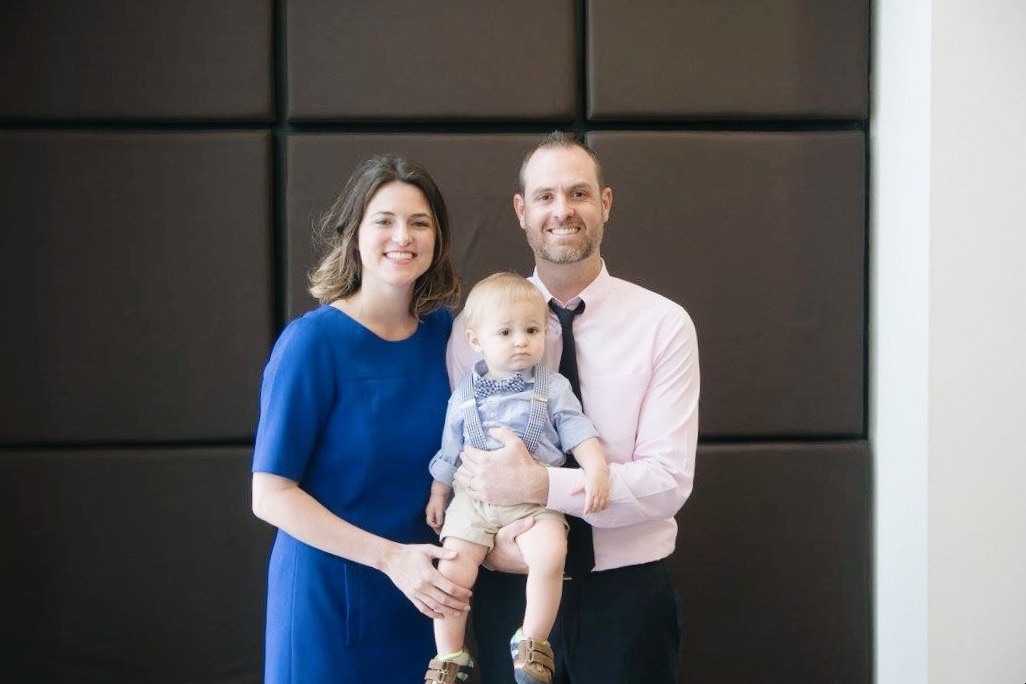 He Called Me “Mother”— Brittany Waterscheid

Brittany and her husband started coming to Church Eleven32 this Easter, and this is her story:

For three years, Brittany and her husband, Adam, tried to have a child. After months and months of trying, with no success, Brittany felt hopeless. Even in her hopelessness, Brittany sought God. She decided to go to a women’s conference called Fearless in New Mexico. At the conference she heard God speak to her. He spoke the word “Mother.” She knew then, that God was calling her Mother, and that He was going to give her the desires of her heart.

“When I returned to Dallas I had my first infertility doctor’s appointment, but I decided not to go,” Brittany says. Even if it took months, Brittany knew God would give her a child.

“That month I got pregnant,” Brittany says, “God fulfilled his promise in an instant.”

Brittany had a healthy pregnancy until right before her 32nd week, when she started to bleed heavily. She was rushed to the emergency room in full labor. Brittany prayed and asked her family to pray that God would come through for her baby. He did. Her labor stopped and the doctors did not understand how it happened.
“What seems impossible in the natural is possible in the super natural,” Brittany testifies.

A few weeks later, on the 39th week of her pregnancy, Brittany and Adam had a healthy baby boy, named Doak. They could not have been more happy.

A few weeks ago, during Church Eleven32’s series, “Storytellers,” Brittany knew she had a story to tell, but was waiting on a new story. Then, she heard God tell her that the first promise was her story. That He would give her the desires of her heart and that she was His child. That week, Brittany received a gift from a friend who has a jewelry ministry. This is when she realized that the promise she heard from God in New Mexico about being a mother was the foundation for God to build the rest of His promises to her. And that this was the story she wanted to tell. The gift was a necklace stamped with the words, “Fearless,” “Doak,” and “He Called Me Mother.”
The note with is read:
“Fearless: You are a Fearless Woman. Your story began at Fearless.
Gold stamping: gold is a symbol of wealth and royalty.”You are a daughter of the King and his inheritance is yours.
Rhinestones: the Glory of God
Heart: the heart was the stamping of choice because God knew the desires of your heart and he gave you a son.
And your prophetic word you received several years ago at the 1st Fearless conference.”

Brittany’s story, like so many others, is a testimony of God’s provision and love for his children.
“It’s undeniable what He did for me and I won’t be swayed, I’ll stand strong (on my story) and know that I am child of God!” 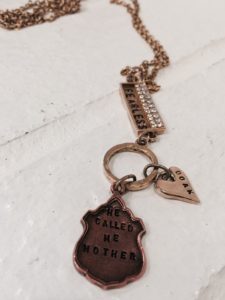