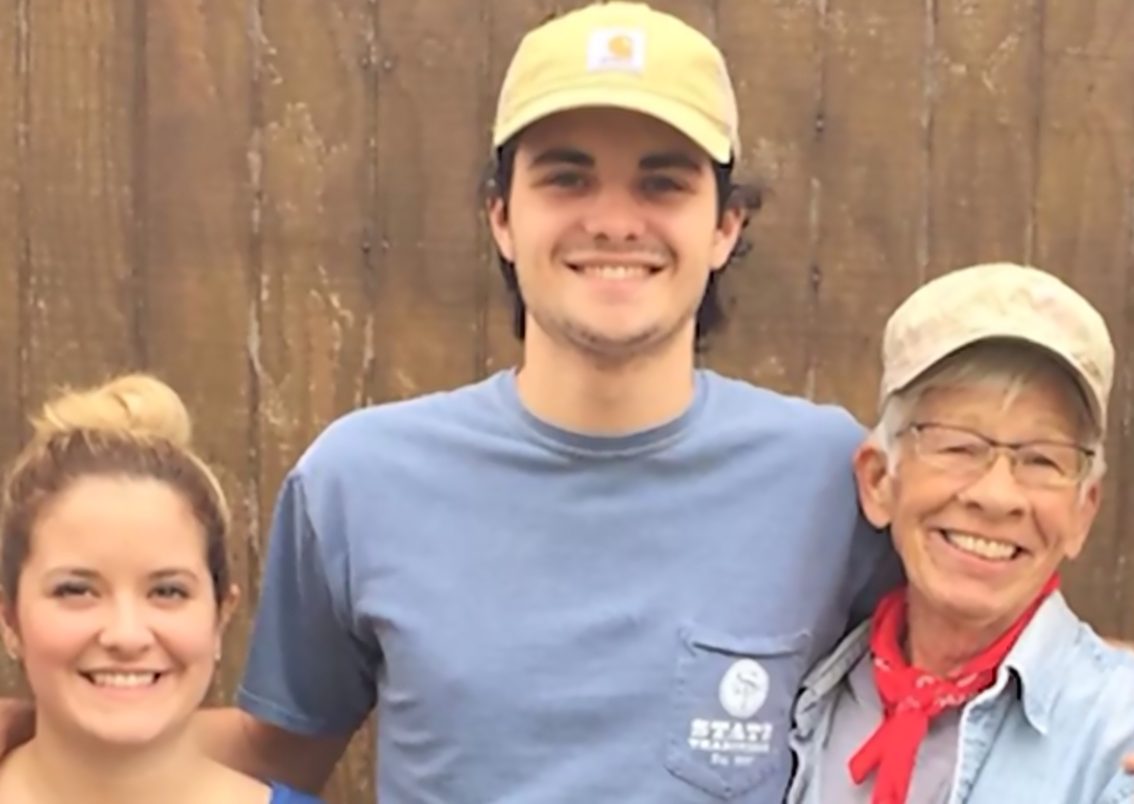 Larry Doyle, “When she first came home, she looked lost. When you looked into her eyes she didn’t look like she had any clue what to do, she didn’t look happy. I could see her struggling—fighting the world and God at the same time, not sure what she wanted to do.”

Peggy Doyle, “Today she’s— wow, when she walks into a room… she has confidence, she knows who she is, she now knows what her purpose was. Whereas before, she was doing everything to, I think, please us and please the world.”

David Harris, “You know as a father, you’re supposed to guide your children and you do your best, but I can truly say that DJ is one of the people that I admire and has really brought me into the church and enhanced my walk in the faith. And them delaying and going to school full-time, if you will, or college— it’s worth every minute of it. It’s laying a foundation, not only for how they’re going to act in school, but for the rest of their lives. He can get up in the mornings now, too! I think the internship not only built up all his faith and walking with the Spirit and everything, but he can actually get up at 4:45 in the morning to go to work now.”

Larissa Harris, “As his sister had said, he goes to war in his prayer, and in his time and its amazing because it’s not just him it’s what God is doing, and what the Holy Spirit’s doing and how much he wants people to know Jesus. One of the gentlemen had said to David, that he has to be the one to set the example for our children. And the testimony is seeing how God worked not only DJ, but in Toni and in her chance in The Internship. It was so powerful to our whole family.”

Linda Turman, “We moved here in 2013, and it was a big move for our family. Christian grew up in the same community all of his life and had all of his friends, everybody he had grown up with, and i think that when we moved here, he was a little bit disoriented— where is he going to fit in, who are his friends going to be in Dallas? When we went to The Harvest, (at the time) Church Eleven32, we heard a lot said about community and for me that’s what Christian found at the church and in the intern program. He found a sense of community. He kind of needed a fresh start, I think he was a little bit, maybe, aimless. When he found his friends through the intern program and through the church, he just kind of took off. It gave him a confidence, it gave him a sense of belonging.”

Oliver Turman, “When we first moved here, The Harvest was the first church that we looked at, and we knew immediately that’s where we really belonged. And we’ve seen Christian grow from that also. It’s been just amazing to see how his relationship with God has just grown throughout the years. He now comes to us and talks to us about the revelation that God has given him, not just in his daily life, but in the vision for his future as well. And it is just awesome to see what God is doing in his life.”