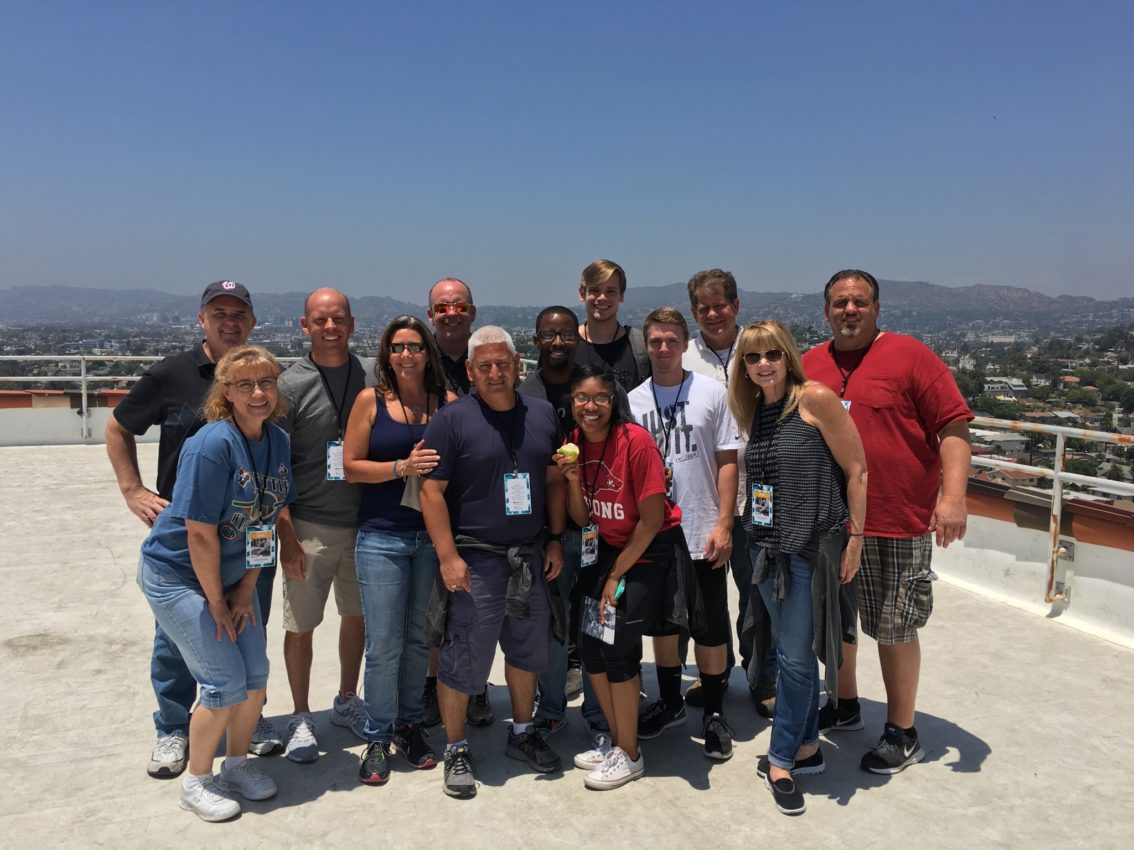 Missions Eleven32 has seven missions trips planned for the summer of this year. The first trip to go was to the Los Angeles Dream Center! Every person on the team went into the trip hoping to impact the people on Skid Row and in Los Angeles and each one left impacted by what God did. Here is some of their stories: 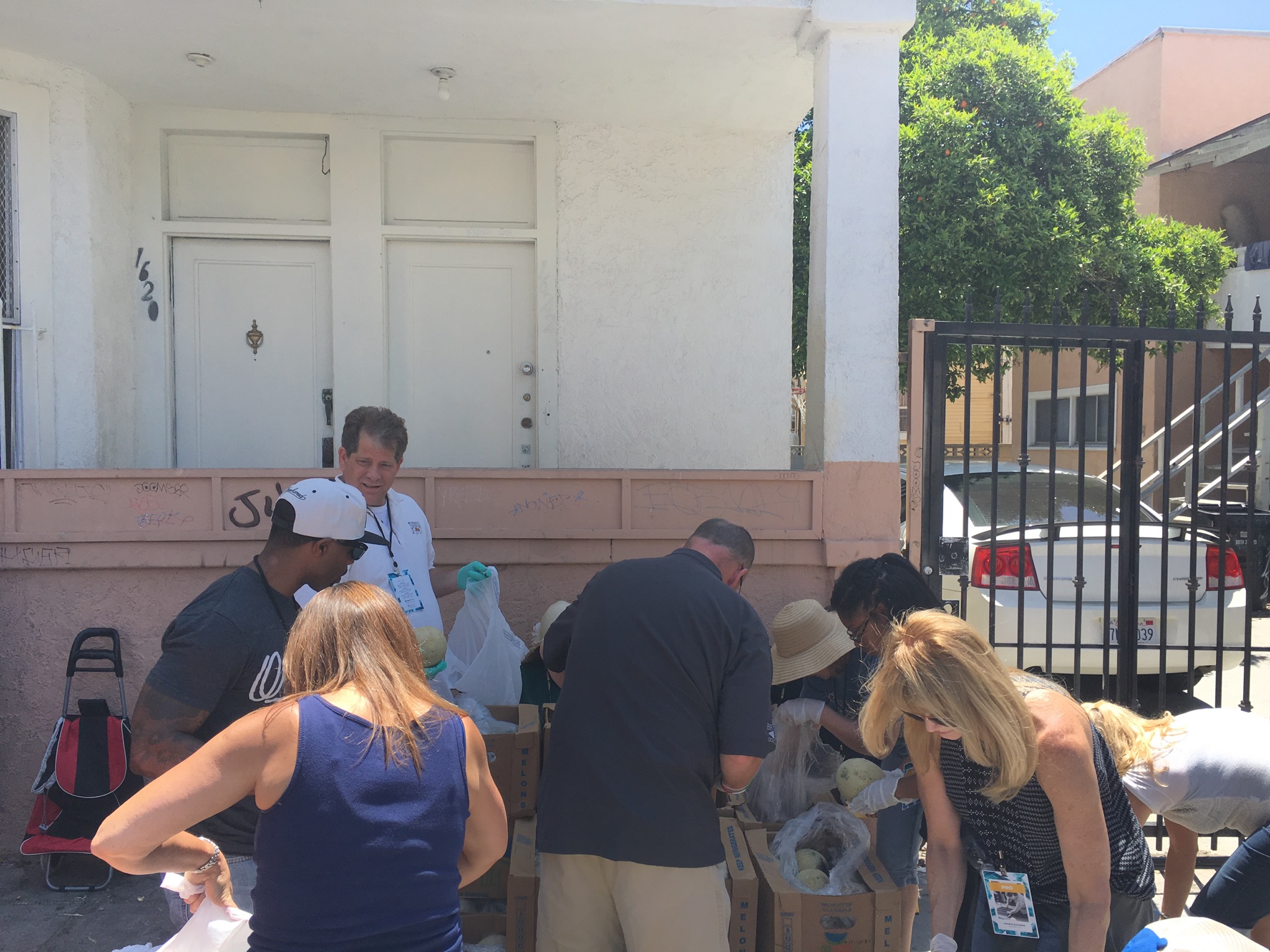 “At Skid Row on Friday evening, in the midst of chaotic darkness, laid a single perfect white rose in the intersection we were crossing. For a moment, time stood still as I looked around to see if anyone else happened to see what I saw. To my surprise everyone was just busying around it. I picked it up, and immediately the outer layer of pedals were dismissed in the gentle breeze which released the fragrance of purity, sacrifice, gentleness, courage, compassion, strength and unfailing love of our Bridegroom. This prophetic sign was to remind us that others will recognize that we have been with Him and His beauty would captivate their souls and how lovely our King truly is! The next morning I received a call confirming via scripture that His Bride carried His presence with them into the darkness that very day and His breath of life was there among the broken. Job 22:30 (in short) He will deliver even the one who is not innocent and he will be delivered by the PURITY of your hands. A white rose in the Kingdom symbolizes innocence and purity! Thank you Yahweh for all of the glimpses of Your Glory along our way. All of life comes down to LOVE.”
-Tracey Farris 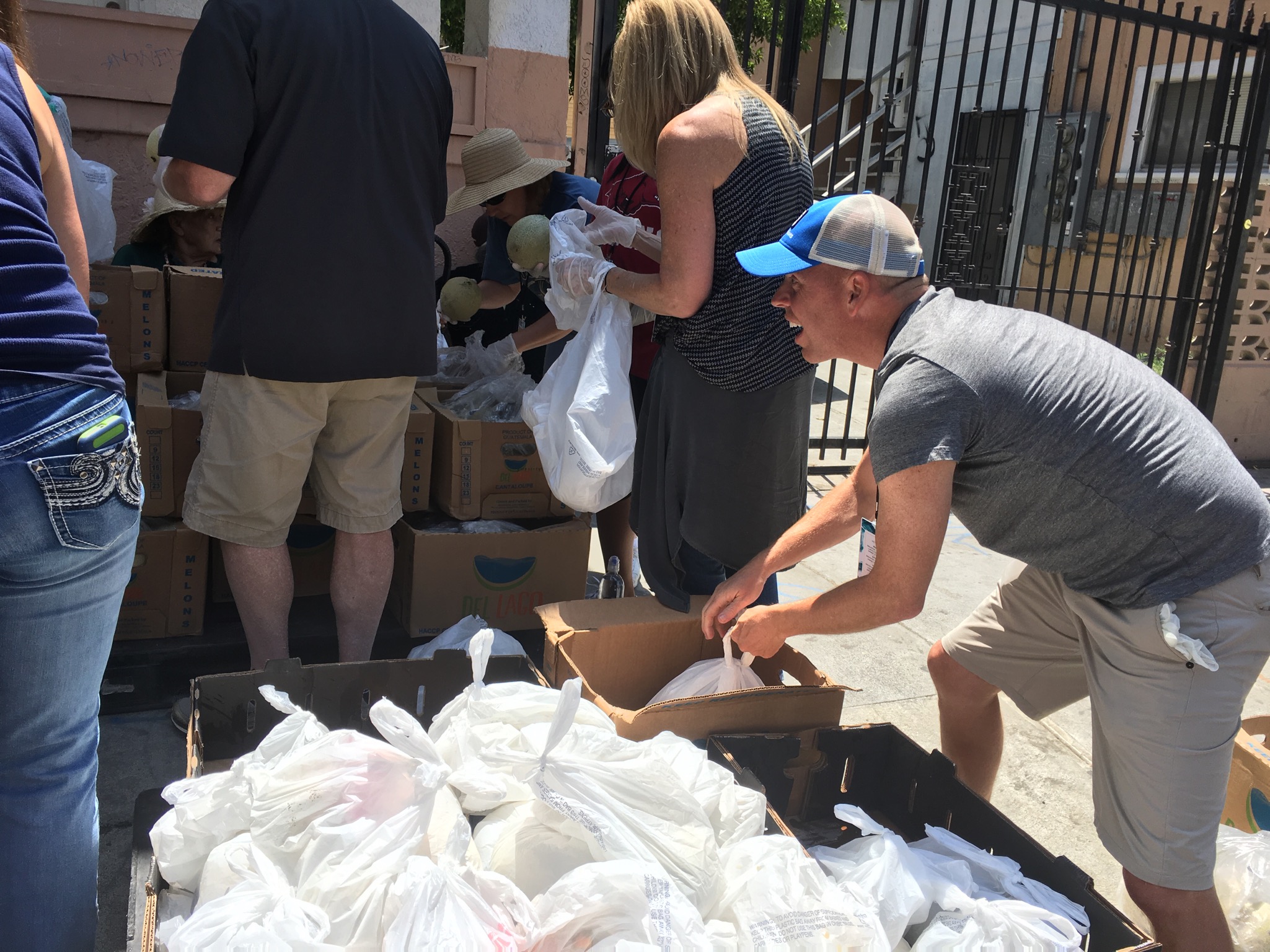 “A big group of us were walking through the streets of LA around the Dream Center picking up trash. While performing this simple act of service, me, Chris Nunnenkamp, and Charlie Leavitt came across a couple of gentlemen outside a place to recycle the cans they collected. One gentleman’s name was George whom Chris and Charlie spoke with, and the other gentleman who was sitting on the ground was named Job (pronounced like book in Bible) whom I spoke with. Job could not stand as he is battling prostate cancer. I began to speak with him about his family and his kids. He told me he lost his brothers Noah and Daniel several years back, and then he shifted over to speaking about his kids. One is very successful and a lawyer and his other son just graduated UC Santa Barbara, however he has become addicted to drugs. Job said, ‘How can I speak into his life when I struggle with alcohol addiction myself?’
I asked him to step away from the alcohol, and turn to Jesus then he can have the confidence to speak into his son’s life. I asked him if he had ever accepted Jesus into his heart. He began to ask me about several prominent pastors who had major falls (Jim Bakker and Jimmy Swaggart). He said, “What do you think of them?”
I said they are human beings just like us and they need Jesus just as much as us. I said [to him] ‘Aren’t you glad God doesn’t ask any of us to be perfect?’ I again asked him if he had accepted Jesus into his heart. He said, ‘I can’t because [I don’t] attend church.’
I [told him] Jesus comes to us just as we are and just where we are. I said Jesus will come right here right now. He didn’t respond directly so, I asked him if I could pray for him, his sons, and his health—he agreed. In the middle of my prayer, he began to openly weep and cried out for healing. When we stopped praying he asked me to help him up. After I did, he looked at me and said you are strong. I said you are strong, too, as we have the Lord with us. I told him ‘Gold Bless you,’ and we had to continue on our journey. As I left, I wondered to God, ‘Did I do enough?’
I so badly wanted him to say, ‘No I haven’t asked Jesus into my heart and lets pray.’ But, he didn’t and he stayed on my heart. With that burden still on my heart I bumped into Tracey the next morning. She said [she had] a verse she wanted to share and said…

“He will deliver even the one who is not innocent and he will be delivered by the PURITY of your hands.”

And of course it was from the book of Job! I had not shared my story with her either.

God is good all the time, amen!!”
-Mike Nunnenkamp 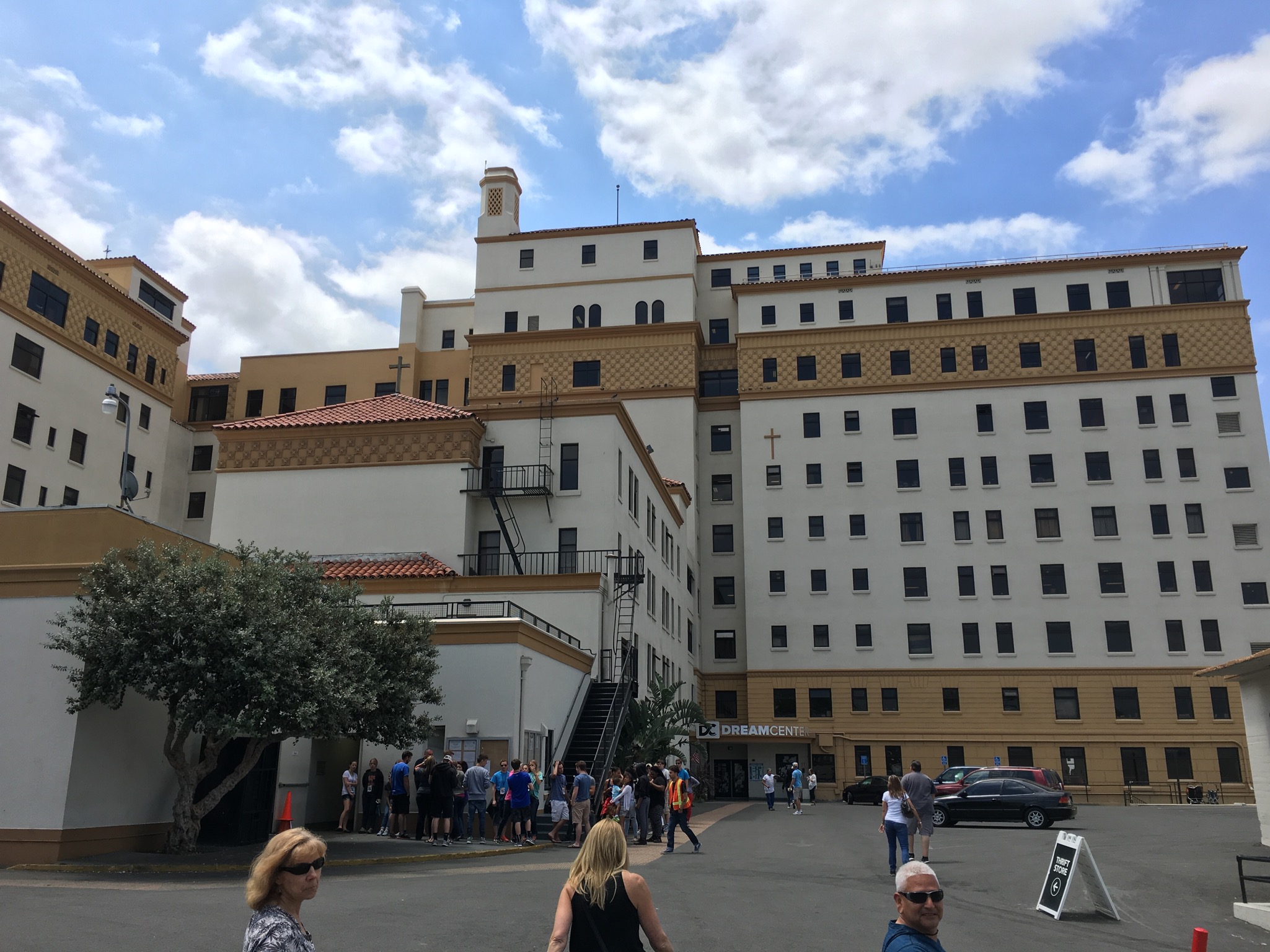 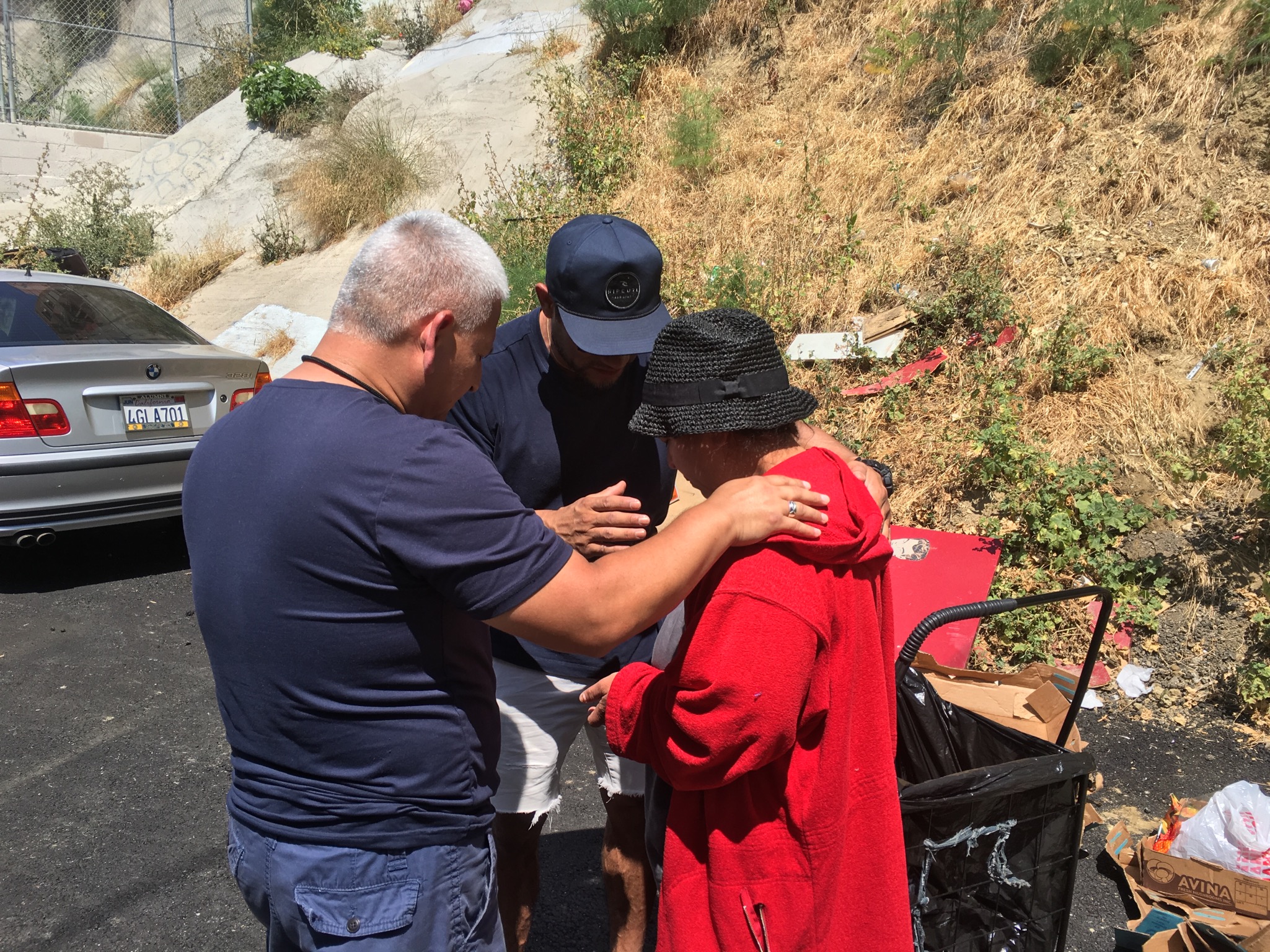 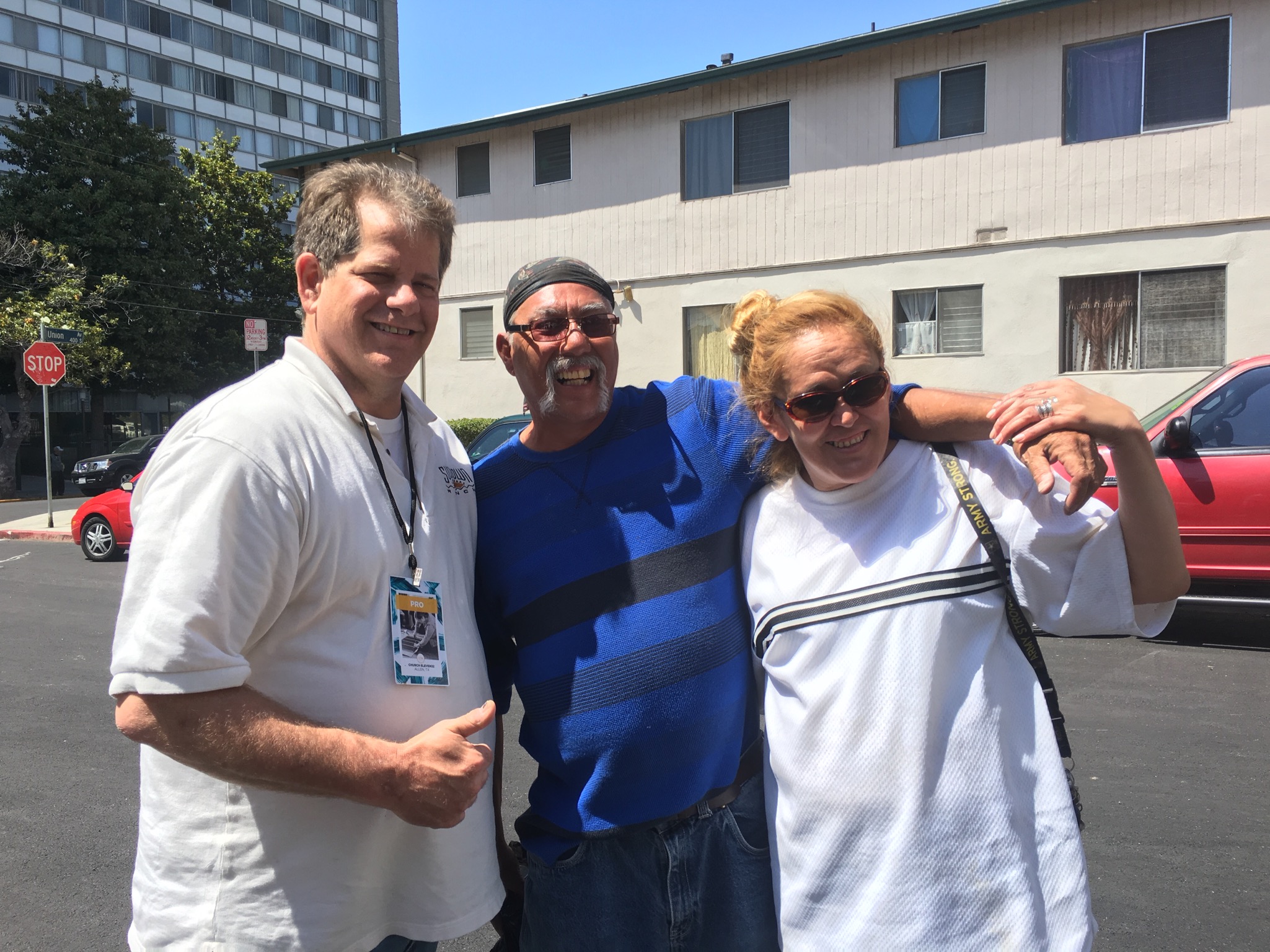 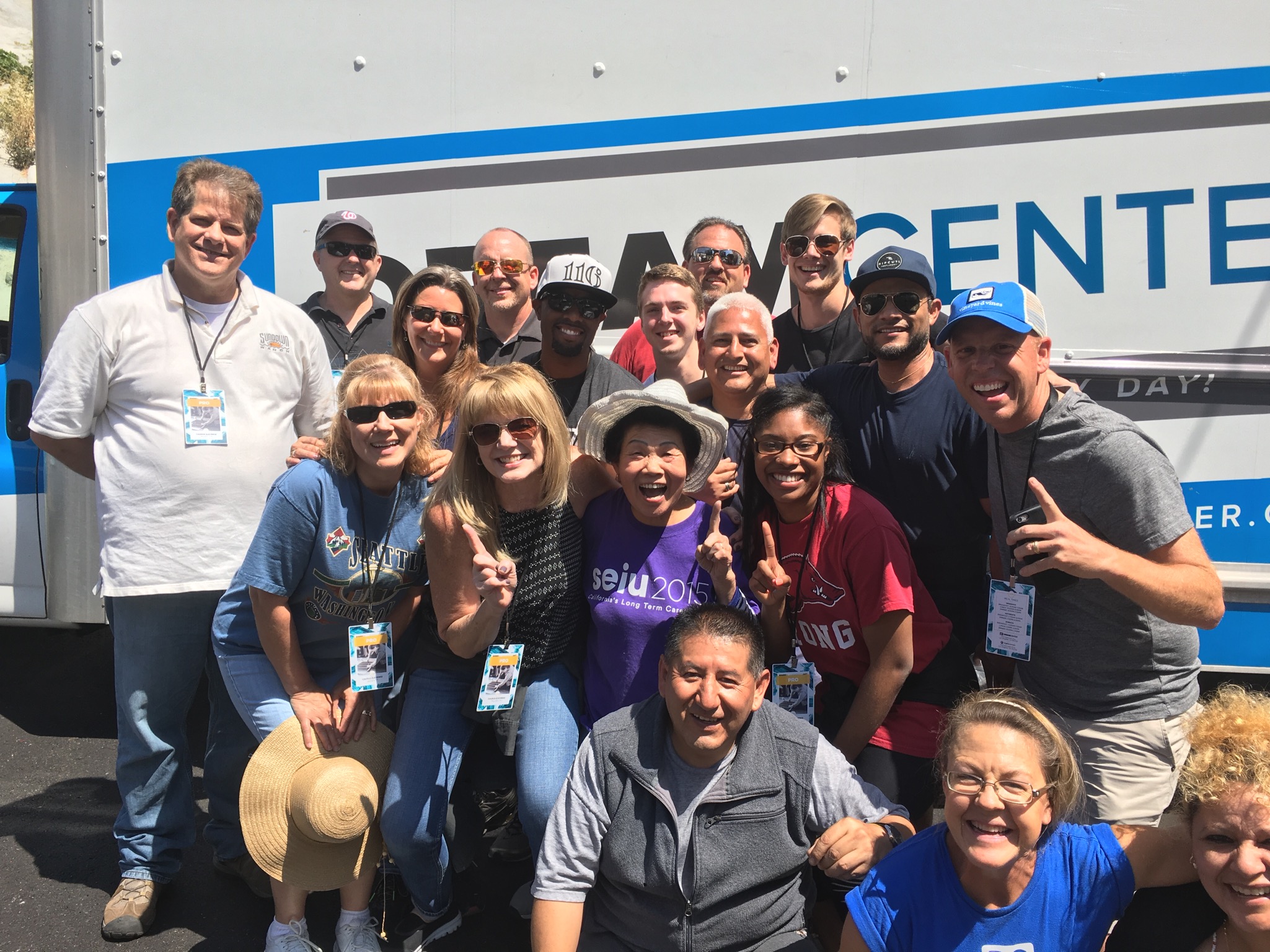