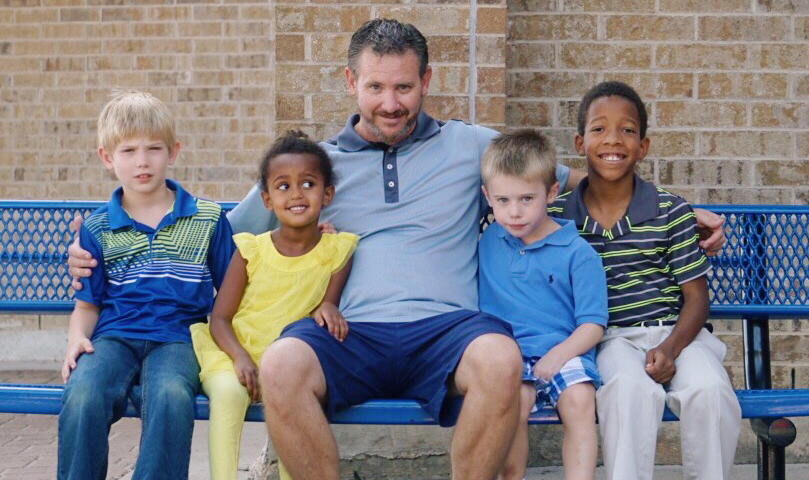 The Willard’s have been coming to the church for about five years. Their story involves some pain and a lot of joy. It goes back to when they first got married:
“When we first got married, I remember Kate having a heart for adopting,” says Nate Willard. “She had a special place in her heart for a little girl from China.” That desire to adopt never went away, even as they continued try to have children naturally.
When they decided to have their first child they got pregnant almost immediately and were super excited and also scared to find out it was not one, but two babies! At 24 weeks into the pregnancy, the Willard’s found out that there was a problem with their twin boys. Kate’s water broke, and they had to do an emergency C-Section and the boys were born at one pound each. They lived for 14 hours in NICU and died.
This was an extremely hard time for the Willard’s.
“As we came to terms with this terrible and crushing reality, the doctor said that due to the nature of this type of emergency C-Section, it would be at least a year before we could even try to get pregnant,” Nate recalls. They figured the best way to get through this time was to find something good to do with their love for children, rather than sit and wait for the pain to pass.
“We decided to be foster parents,” he says, “I feel like God put the right relationships in place for us to go down the right path on this.”
While being foster parents, the Willard’s had two kids in their house. One of them named Vaughn, who was only nine months old. That desire to adopt was stronger than ever at this time and they decided to adopt Vaughn. Over the next couple of years of their marriage they continued to hear heartbreaking stories of some of the orphan children in China, and they began to talk about taking steps for another adoption.
“We had one child naturally, Jack, and then started the China adoption process. The hunger for adopting a girl had been increased by our first adoption.”
During this time, China was getting increasingly more closed and difficult. However, another blessing came along when Kate got pregnant with Clive.
They finally finished the China adoption paperwork and two months after they got on the list, China closed down it’s adoption and it was obvious this road was closed for them. Disappointment was nothing new for the Willard’s and they did not give up on their desire to adopt a girl.
They decided to go through adoption with Ethiopia and began the process. Sooner than expected they had the opportunity to put their name in a hat for one of ten starving children coming from a poor orphanage in an emergency transfer. Sadly, four of the ten children died of starvation on the trip. But by the grace of God, one of the six children that survived was their girl, Sabriya, who was four months old and weighed four pounds.
Today, Nate and Kate Willard have four children, Vaughn who is ten years old, Jack is eight, Clive is six and Sabriya is four. Nate jokingly says, “Originally Kate wanted zero kids and I wanted four, so we compromised on four—first time in history a husband won a compromise!”
“We had a lot of struggles along the way,” says Nate. “But everything we went through was a blessing, even the pain in the journey. We have four wonderful children, and when we remember how our family started, with pain and loss, while it is still there, it is not an overwhelming emotion. We have incredible blessings, they are abundant and we are thankful for the journey.”